Rusalka Swim School is a caring family business, fully owned and operated by Yulia and Graham Parker, offering the highest quality swimming tuition and water confidence to Babies Children from 3 months upwards. And adults too!

For those who may not know, "Rusalka" ( RUSS-AL-KA ) is 'Russian' for 'Mermaid' and there could not be a more apt description for Yulia, founder and head of the entire teaching programme at the Swim School, Many years ago, Yulia worked as a swimming teacher for several of the local Leisure Centres during which time she became very disillusioned with the Swimming Tuition programmes that they were then offering.

Often lifeguards were being used as teachers, the water was far too cold for babies, the changing rooms often left much to be desired regarding cleanliness and the classes, in her opinion, were always far too large. She had always carried the dream of operating her own Swim School where she longed so much for the opportunity to put all of these things right. Fortunately, the land that her husband Graham had owned for many years and that the couple had now built their dream home on, offered the opportunity to make that other dream come true and after much hard work and a great many obstacles to overcome - Rusalka Swim School was then born!

We designed the whole pool complex ourselves and project managed the entire building programme and finally, slightly nervously but very excitedly, we first opened the doors of our Number One (and largest) pool, to local babies and children, in May 2005. We are now so pleased to be able to say that we have never looked back since, indeed we opened our second specialised teaching pool, for smaller children and babies, in January 2014! We are not a franchise for a company with headquarters miles away, nor do we rely on renting pools for the odd hour here and there, from Hotels, Schools and even Private Homes, that are not always purpose fit for the task. In fact, we only operate within our own purpose built, modern, warm swimming pool complexes, each one complete with separate changing rooms, shower and toilet facilities and with plenty of free, secure, private parking right outside too !

Proof that we were certainly doing things right came quickly, with Yulia being voted the ASA UK Swimming Teacher of the Year in November 2007. This was followed by us being awarded ASA Aquamark Centre of Excellence status in July 2010 and we're still the only Swim School in mainland Hampshire to achieve this. We were then proudly voted one of the top three ASA Swimtastic UK Swim Schools of the Year in October 2011 and in early 2015, we were delighted to be invited to join the prestigious Southern Water 'Learn to Swim' programme.

All swimming is planned, conducted and overseen by Yulia Parker. She is a former International swimmer and holds a Master's Degree in Sport Science, with a total specialisation in swimming. She is a highly respected ASA Swimming Teacher with some 25 years experience of teaching children and babies to swim, she is also a qualified ASA Tutor (i.e. a teacher of swimming teachers), she's a Fellow of the Institute of Swimming, a fully qualified ASA Club Coach plus she also holds Speedo Shallow and Deep Water Aqua Fitness certifications. Naturally, she, as with all of our teachers, is fully CRB (police) checked for working with young children. Oh and she was also a well photographed underwater model for many International swimwear companies, for several years, too !

Not too coincidentally Graham is an international award winning underwater cameraman, having worked extensively in both military and offshore oil and gas field operations, prior to specialising in commercial underwater film work, TV and photographic assignments of all sorts including natural history, advertising, fashion and top level competitive swimming. A former Rock Drummer, Graham holds Commercial HSE Parts 1, 3 & 4 diving certification, is an experienced outside broadcast director/cameraman, a former news cameraman and has produced numerous documentary programmes for the MoD. One of his proudest professional achievements was in winning a Palm d'Or at the International World Festival of Underwater Imagery in Antibes in October 2004. (for an underwater cameraman that's almost the equivalent of an Oscar) There have been several other awards too, but that one is as big as they come! Graham is also a member of the British Society of Underwater Photographers and the UK Historical Diving Society. 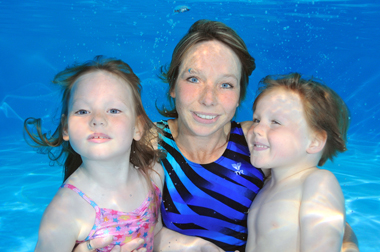 A former competitive swimmer at Club, County and Masters Levels and having taught now for over sixteen years,  Bekki brings a wealth of swimming experience and knowledge to the team, along with her tremendous enthusiasm for teaching children and also babies to swim.

Recently, she has started competing again but, this time, it's in the tough, cold, 'murky water' world of Open Water Swimming ! And she is FAR too young for it to be a mid-life crisis ! 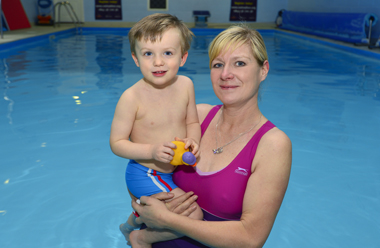 Another much valued member of  our elite Swim Team is Sarah, our most experienced Adult and Child Teacher and one who has introduced so many  local Babies, along with their parents, to the wonderful world of swimming over the past twenty three years.

Although she has taught older children and even adults, to learn to swim,  her real passion is teaching young babies where she has always received such personal satisfaction in watching them progress and then soon developing into super little swimmers.

The highlight for her is always in seeing the happiness on parents'  faces as they share such a unique experience with their little ones, culminating in such pride and joy when they see them swimming for the first time independently. Away from the pool Sarah and her lovely husband Tony ( she asked us to ensure we included that bit ! ) have three boys,  the eldest is currently studying Art at a local college whilst the youngest two are still at school and football fanatics !

Consequently, Sarah and Tony spend much of their weekends on various football pitch sidelines cheering the boys on !   Sarah holds ASA Level 1, ASA Level 2, and ASA Adult and Child Certification, she's a Member of the Institute of Swimming and is fully CRB checked. 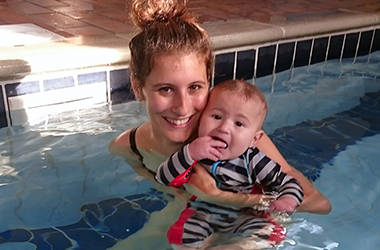 Another one of our highly adventurous 'Open Water' swimming enthusiasts and with over twelve years experience as a professional Swim Teacher, we are delighted to welcome Vicky as the most recent addition to our superb, highly qualified, Swim Teaching Team.

Vicky started swimming at the age of six and soon afterwards, joined her first swimming club where she continued to fall in love with her sport. As she progressed and grew older she soon ventured into the world of competitive swimming at both regional and national levels.

Her first steps into a professional swimming career saw her start as a Lifeguard in local pools, during which time she studied hard to gain all of her qualifications and become a much respected Tutor and Assessor for the National Royal Lifesaving Society. She also holds ASA Level 1 and Level 2 Teaching certificates, along with Adult and Child certification and is of course fully CRB checked.

Still competing, Vicky now enjoys taking part in Fun Runs and local Open Water Swimming competitions. Unlike most people though, who would normally take the Ferry, she actually chose to swim the Solent only recently, from Gosport to the Isle of Wight, in aid of Charity.  Now however, she proudly lists her biggest achievement to date, as the birth of her wonderful little boy, in April 2015.2 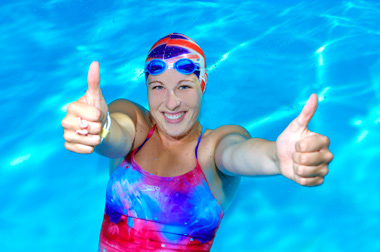 Although the youngest of our Swim Team, Stacey has been a water baby, with a total love for swimming, for as long as she can remember.

She competed at Club Level before taking up Synchronised Swimming which she admits to enjoying the most !

Apart from her swimming Stacey loves horse riding at least three times a week and is also an avid bookworm, often seen with her head deep into a book whilst waiting to start her swimming teaching. On average, she reads a new book at least every week.

Youngest or not, Stacey has been teaching swimming for over nine years now, she is a fully qualified Lifeguard and holds ASA and STA Level 1 and 2 Teaching Certificates,  Adult and Child Certification plus STA Emergency Pool.  She is also a member of the Institute of Swimming and fully CRB checked 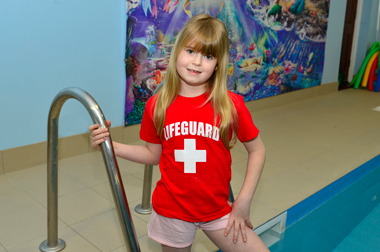 Our very own little girl, who makes us laugh as she wants to be involved in everything, especially meeting and greeting all of the new children and organising the Aqua Aerobics ladies. 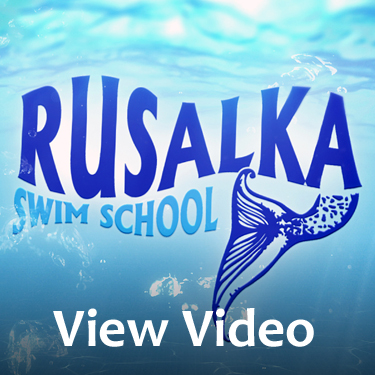 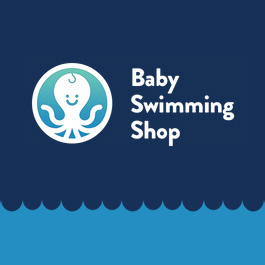 Just click on the logo above to enjoy discounted prices on a superb range of Children’s and Baby’s swimwear and accessories. 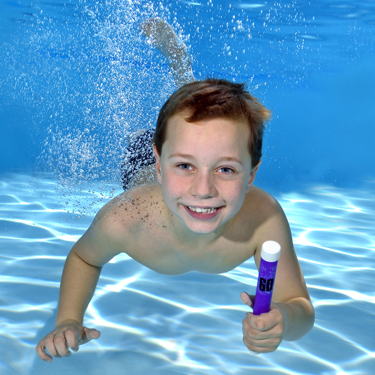 Rusalka's swimming lessons are delivered to your children by such a highly professionally accredited team. 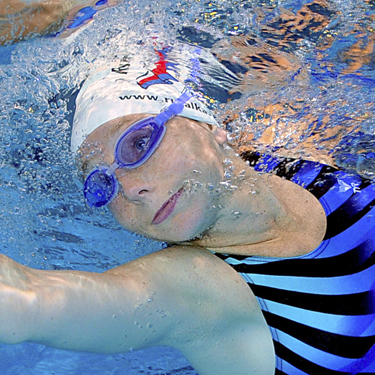 We only operate in our own TWO superb, modern, purpose built, indoor swimming pool complexes.